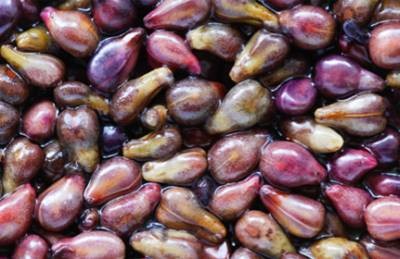 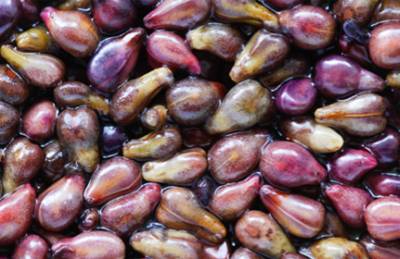 Psoriasis is one of the most intractable conditions to treat for both conventional and alternative medicine.  However, recent research indicates that Pycnogenol® a standardized extract from French maritime pine tree bark, significantly improved some of the discomforting symptoms of of this condition including redness, flaking, and thickness of the total surface area of the affected skin patches.  Standard treatment protocols involve anti-inflammatory medications and sometimes drugs such as methotrexate or immune-suppressing agents, particularly in psoriatic arthritis, a condition where psoriasis and arthritis, particularly of the fingers, toes and lower spine, seem to run together..

While the present study focussed on the pine bark extracts, grape seed extracts contain essentially the same factors, known as PCO’s, a particular phytochemical from a family of compounds known as flavonoids.  Supplementation doses of 100 to 300 mg daily can be helpful for a wide variety of condition, with research showing benefits for:

Seventy-three patients (age range 30-45) with moderate/severe plaque psoriasis were included in a 12-week study.   Patients either received “standard drug management” alone or with Pycnogenol® at a dosage of 150 mg/day (50 mg three times daily).

Over 12 weeks, the addition of Pycnogenol® was shown to decrease the area of skin affected, reduce the intensity of the affected areas and reduce the reliance on medication.

Fish oil has also been shown to be quite valuable for psoriasis.  For vegetarians, this can be replaced by algae based EPA and DHA rich oils.  I strongly recommend supplementation by vegetarians of these modern algae based oils, as EPA and DHA are extremely deficient in vegetarians and this deficiency is associated with a very wide range of health issues.

Other recommendation for Psoriasis are:

Thanks to Dr. Michael Murray.

Skeptical of the Skeptics: Unreason in the name of...
The Two Traditions of Medicine

By accepting you will be accessing a service provided by a third-party external to https://uniqueholisticsolutions.com/

During the Covid-19 crisis we are happy to continue offering appointment via Skype, Facetime, phone and in some cases, in person. Details for online appointments are found on the online appointment system or by phoning the office.  Suitable arrangements will be made for pick up or shipping of homeopathic remedies and products.