Skeptical of the Skeptics: Unreason in the name of Reason

Sometime ago I happened to hear health skeptic Timothy Caulfield spreading his disdain for natural medicine on a Canadian broadcast morning show.  He had authored an essay on  the subject of medical institutions that were proposing to incorporate complementary health care methods. The thesis of his essay was that there is medical science and then there are the many pretenders to the healing arts that had, in his view, no evidential support.  http://www.irpp.org/en/po/public-square/caulfield/. 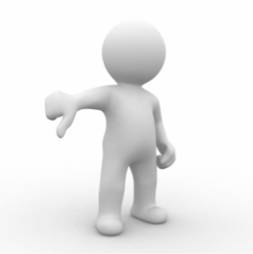 Caulfield's key assertion, is that for universities and medical clinics to associate themselves with purveyors of “nonsense”, such as naturopaths, acupuncturists, homeopaths, etc,. is to debase "scientific" medicine.   Study them if you must, but certainly don’t lower medicine by integrating alternative medicine practitioners or courses into clinics or institutions of higher learning. Caulfield and others have even suggested that research work associated with natural medicine, particularly homeopathy, should not be funded at all. He believes it is wrong to give natural medicine the least bit of legitimacy that may come from associating with conventional medicine.

While it is naturally important to build social and political policy as well as health care practices on the basis of reasonable evidence, the likes of Caulifeld display an intolerant extremism. There is also a strange kind of naivety in the embrace of modern medicine as the sole vessel of healing truth, turning a blind eye to controversies over the quality of evidence and the inflluence of cultural and economic forces on modern medical practice.

Research on a very wide range of natural products such as herbs, nutrients, and, yes, even homeopathy, is extensive. To regard practitioners as if they were simply irresponsible snake-oil salesman is a very human species of arrogance. Fantasies of one true medical system leave far too much knowledge and experience on the outside. Fortunately, perceptive individuals in various medical and academic settings are interested in bringing knowledge on natural medicines in from the cold. For some reason, the Timothy Caulfields of the world are intent on preventing this from occurring.

The term that is generally used to distinguish modern medicine from all others is “Evidence-based medicine”.  "Evidence-based" is a powerful, influentual term, that in reality is hardly more than a buzz-phrase, a marketing device meant specifically to draw a line that doesn't exist. Evidence-based health care is not owned by modern medicine, and many aspects of modern clinical medicine have been found to lack a firm foundation in evidence, the use of SSRI anti-depressants being an oft cited example.  As it turns out, where there are ideological or profit-based motives, or simply a need for expedient solutions, evidence often has a knack for bending to a purpose.

Mr. Caulfield emphasizes the necessity to study why patient’s are dissatisfied with regular medicine and driven into the arms of what he plainly regards as quackery.   Millions are drawn to natural therapies because their experience with conventional physicians is often unsatisfying.

Caulfield writes: “Still, research on alternative approaches seems warranted, if only because of their profound popularity.”  This is patronizing and fact-averse.  A vast amount of research has already been done and is being done on a global scale. There is plentiful, avid research into medicinal plants, their biochemical components, as well as their influence on human health; from the cell to the tissue to the organ, to emotion and cognition.  There is also an enormous and rapidly growing body of research on human diet and nutrition, individual nutrients and nutrient supplementation.

On the subject of homeopathy, Caulfield writes: “...homeopathy (the ridiculous and physically impossible idea that water holds the memory of nonexistent and healing molecules).” As a licensed naturopathic physician specializing in homeopathy, this dismissive judgement makes it plainly evident that Mr. Caulfield has little real knowledge of homeopathy or the homeopathic experience spanning much of the globe for over two centuries. He is also unlikely aware of the growing amount of research in the biophysical effects of ultra-molecular dilutions that are part of the controversy surrounding homeopathy. Rather than conclusions derived by careful and open-minded research into the global homeopathic experience, these are evidently parroted thoughts borrowed from others with compatible certainty, a certainty that is not based on science and foreign to the spirit of science.

The idea of ‘the memory of water’, to which Caulfield and others of his type refer, never existed in the world of homeopathy prior to the intensive nineteen eighties controversy over the findings of the late French research scientist, Jacques Benveniste, who formed the hypothesis.  Homeopathy has been practiced globally by medical doctors and professional homeopaths, as well as professionals in every field of medicine. Over the course of its history, homeopathy has amassed an enormous body of literature, many active journals, regular case conferences, professional organizations, sophisticated empirical research, etc.

It is truly remarkable that anyone would simply dismiss as “ridiculous” a subject as rich and complex as homeopathy, along with the experience of tens of thousands of physicians, not to mention millions of human and animal patients. How can it make sense to simply sweep away this vast body of experience because it is allegedly a physical impossibility for homeopathic remedies to act? Could it be that the mechanism is poorly understood? A scientist rather than an idealogue would think,"Tens of thousands of conscientious physicians and millions of patients have reported striking effects from homeopathic remedies. Could there be a mechanism to explain this over and above a placebo phenomena? Are there other ways we can verify that homeopathic medicines do indeed have biolgical effects?" These are questions that should be asked in considering the subject of homeopathy, and there are fascinating answers for those willing to approach the subject with an open-minded yet rigorous attitude.

The attacks on homeopathy are tragic because they have been very effective at marginalizing homeopathy. What's more, the critics, such as Caulfield, seem mostly to repeat what they've heard from other critics, using the same words and phrases and lines of attack. The majority of critics find it is easier to mimic the words and notions of others as compared to doing the hard labour of actually researching the subject other than to support thier preexisting opinion. Regarding homeopathy as "the one woo that binds them all" has become a meme, an essential touchstone, a communal agreement, a way of establishing credibility among peers even as the evidence mounts year after year that they are altogether mistaken and premature in their beliefs.

Caulfield’s aversion to nutritional supplementation also appears to be the rote repetition of what he has heard or read in the news without careful examination. In this case, Caulfield and other fellow skeptics, or should we say cynics, don't appear to find interest in the mountains of research supporting the therapeutic application of a wide array of specific nutrient factors.

Finally, in dismissing naturopathic medicine with the same brush as homeopathy, Caulfield is ignoring the fact that this large, growing profession is populated with hard-nosed, bright and skillful health practitioners with a minimum of eight years of university and professional education and a strong emphasis on the sciences.

Science is meant to provide a rational basis for the progress of society.  Yet there is a shadow side to scientism that often looks and feels much like a religion, with its own taboos and heresies. Despite the veneer of rationality, there is an insistence on absolute faith coupled with attacks against apostates and doubters. These attacks can become particularly vicious when there are findings that contradict the accepted canon. The intellectual and emotional allegiance that this requires can be distinctly, maddeningly irrational, as exemplified by Caulfield’s insistence on the absolute separation of modern medicine and its institutions, from those he regards as heretical pretenders. It is a tragic caricature of the spirit of science which should be based on an open-minded spirit of inquiry.

Postscript: About four months after writing this article I came across the following website that has almost the same name as this article:  http://www.skepticalaboutskeptics.org/.   This website contains outstanding critiques of the modern skeptical movement. The articles on the right under the title "TOP ARTICLES" are valuable discussions of the deep problems associated with this movement and displayed throughout Mr. Caulfields article.

Indications of a Problem

Here is a recent German film with (rather poor) subtitles detailing some significant aspects of the contemporary German experience with homeopathy.  Things get interesting after ten minutes.

The Benefits of Meditation
Help for Psoriasis